Another interesting observation from the Indian corporate world that astounds me!  I couldn’t quite believe it when a friend told me that she was turned down by the HR of a company because she was a mother and would therefore not be able to work late hours at the office.  Rather than have complaints pouring in about her inability to meet the demands of the job, it was better to nip it in the bud and not take it any further – was the explanation offered. It wasn’t even as though she was a new mother – her kids were already in high school – independent and busy with their routine. And what makes it all the more ironic was that the HR interviewing her, was a young woman herself – an unmarried one though.

While it’s true that managing a home and a career simultaneously is no less than a fine balancing act for the married woman – more so if she is a mum as well, it’s just as true that many companies shy away from employing women if they are mothers. (Here I must add that I have been extremely fortunate to work for a firm that values my worth and respects my situation. Cheers to ESM for that!)  But I know that such companies are few and far in between.  The majority of employers do not want to be saddled with working mothers as employees as they are looked upon as a “burden” and a “liability.” They’d rather employ people who are young and free of responsibilities, have enough time at their disposal to be able to follow erratic work schedules to meet the pressures at the office. It’s also as if working late is the norm rather than an exception in our workplaces!

This kind of a mindset reeks of a regressive outlook, not to mention blatant discrimination. What kind of a corporate ethos have we created – one where the woman is discriminated at for just about any reason that suits the employers’ whims and fancies – where she pays a huge price for having become a mother!!? Isn’t this another example of the ruthless corporate culture that only assesses the worth of its workforce by their immediate, short term output? Are women employees akin to use and throw commodities – to acknowledge their value only till the time that they are not encumbered by responsibility and discarded the moment they advance in their personal  lives? The message being sent out then is that a female employee ceases to be an asset to the workplace the moment she becomes a mother – and is then best relegated to her home as her talents and expertise no longer count.  This attitude is as chauvinistic as the other prejudices that abound towards the feminine gender – it is a tad more hypocritical too.

And it isn’t only about the injustice towards female employees; it’s also about the “penny wise pound foolish” approach on the part of the employers. A skilled, experienced and talented woman can actually bring in valuable qualities that could take creativity and productivity to another level altogether. So what if she needs to leave for home at a fixed time every day? How can it be assumed that what she has achieved in an eight hour work day is inferior to what others who stay late might have accomplished? Can no credit be given to the “life wisdom” that she has gained over the years through keeping together home and hearth and playing the role of a nurturer and molder of young minds? As I see it, the companies that turn down women who want to return to the workforce after a motherhood break stand to lose a lot more than they could ever imagine. They remain deprived of the discipline, time management abilities and the maturity, not to mention solid expertise in their respective fields, that these women can grace the workforce with. Aren’t these the very qualities essential for real, lasting progress and development of any organization?

The economies of the world are fast realising the value of every skilled and qualified individual – man or woman. As the effects of the recession are gradually ebbing and as the economies of Europe and America are steadily regaining strength, their governments are shouting out the message loud and clear. They cannot afford to lose out on the talents and expertise of their women if they want to revive the nation’s finances. More and more companies worldwide now value their capability and are luring them back into employment by offering them flexible schedules that allow them to work around their personal commitments. In an attempt to attract and retain the best talent, new legislation is being brought into force that protects the rights of women employees and new laws formulated that give significant childcare allowance to working mothers. It’s almost as if the rest of the world is bending over backwards to accommodate the special requirements of its female workforce? Why are we lagging behind? India too needs to leverage the competence of her qualified women so that she too can contribute to the productivity of her organization and the progress of the country at large.

Isn’t this what a civilized developed society is all about? A culture where there is respect, understanding and a give and take? I guess we still have miles to go before we can achieve this kind of equality – where the woman is not looked upon as a temporary worker but as a veritable resource that is capable of turning the fortunes of organizations and reviving the economies of nations. 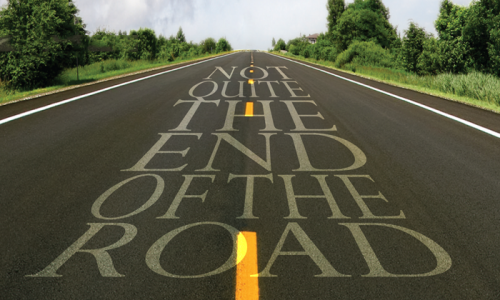